Shyamji Krishna Varma spoke Sanskrit so well that he impressed the Veda Bhashyakar, Swami Dayanand Saraswati immensely. The founder of the Arya Samaj saw in the young student of Sanskrit an immense potential and chose to lead him to the Vedas, the spirit of Nationalism and building an independence movement brick by brick. The great nationalist ascetic Dayanand Saraswati encouraged young Shyamji Krishna Varma to travel to the United Kingdom for higher studies and cultivate the like minded men among Britons to further the cause of independence of India. Great !

BIRTH AND BRINGING UP

Shyamji Krishna Varma was born on 4 Oct 1857 at Mandavi, Kuchch, Gujarat in a family of modest means. He received his education in India and England and obtained the degree of B.A. from the Oxford University. He is known as an Indian revolutionary,a laywer, a journalist and above all A Nationalist to his finger tips.

It was his coming in contact with Rishi Dayanand Saraswati that brought young Shyamji Krishna Varma to the Vedic treasure of hymns, Vedic Thought and ignited in him a burning desire to see his motherland, Bharat, free from the overlordship of the British Crown. The young man read Satyarth Prakash written by Swami Dayanand Saraswati and it opened his eyes and filled him with hope for a better future. He made up his mind not to submit to oppression, injustice, racial inequality and class hatred. That explains his brush with the British bosses and their conservative Press both in India and the United Kingdom.

His early education was as normal as that of any student in the backward region of semi-desert called Kuchch. But it was the university education in Balliol College, Oxford University that broadened his outlook on both the national and international issues. It was on the Oxford University campus that he imbibed the spirit of freedom and to resist doggedly discrimination and suppression – physical, mental and spiritual.

Shyamji Krishna Varma acquired the spirit of fierce freedom from the numerous writings of his Guru, Swami Dayanand Saraswati. Besides Satyarth Prakash, he read the Rigvedadi Bhashya Bhumika and Sanskar Vidhi penned by the Rishivar. Thus he acquired an immense insight into the Vedic literature and used the knowledge in depth in various sermons that he delivered across Bharat to enlighten the masses.

No wonder the Pandits of Kashi chose to honour Shyamji Krishna Varma with the title of PUNDIT, the first non-Brahmin to have been honoured thus.

During his stay in India from time to time, he practiced law in Bombay;  he was the Diwan of Ratlam, Diwan of Maharana of Udaipur and finally Diwan of Junagarh. In the last appointment he had a serious spat with a British Agent who tried to throw the weight of the Empire on the young nationalist’s mind but the result was disastrous. It shook the faith of Shyamji Krishna Varma in the British sense of fairplay and justice. Of course, in between the last two assignments as Diwan, he had moved to the headquarters of the Arya Samaj and the place where Rishi Dayanand had breathed his last, Ajkmer to practice law in the British courts where he had found life quite amenable and it had brought a sense of job satisfaction to him.

Shyamji Krishna Varma saw the British character through and through during his stint as Diwan of the Junagarh State. He had a heart to heart talk with his wife, Bhanumati- a sagacious advisor to her dear husband – and the couple took the hard decision of leaving their motherland for good. Indeed the new life in the United Kingdom was dedicated to the cause of freedom of India. They swore by the word Independence and devoted all their time, attention and earnings in furtherance of the cause.

BRITISH BASE FOR INDIAN INDEPENDENCE

Shyamji Krishna Varma spent his life’s earnings in buying  a big house on the Cromwell Avenue to be a hostel for the Indian freedom fighters based in England and the Indian students who went there for higher studies but had no place to stay. The racial discrimination against Indians by the stiff necked British intelligentsia, politicians, bureaucrats and even some academics made it difficult for the Indian students to find a residential place in London or any other metropolitan city. It was this discriminatory attitude of the white people against the coloured people that set our great patriot, Shyamji Krishna Varma thinking. He put his thought into action and founded the famous India House that provided board and lodging to 25 Indian students, may be more on a sharing basis.

The journalistic activities of our great patriot were getting too hot to handle by the White Hall in London. It was his political articles that the liberal press lapped up and caused consternation to the rulers of the British Empire. The British Imperialists considered it infra dig to answer the valid points raised by a subject of His Majesty the King, Emperor of India. They considered the brown Indians as their personal servants and inferior persons who were not fit to be called human beings.

The Indian Home Rule Society founded by Shyamji Krishna Varma  in furtherance of the cause of freedom of India was the proverbial last straw on the camel’s back. Enough was enough, so said the stiff upper lip bureaucrat sitting in the White Hall from where they ruled the British Empire where sun never set. How could that  little man branded as a nationalist called Shyamji Krishna Varma throw a gauntlet to the British throne. The machine was set in motion to arrest him and deport to India for trial on a charge of sedition against the Crown.

Shyamji Krishna Varma sniffed it and left for France before the warrant of arrest could be put into effect. Our Hero knew that the Indian National Congress would never come to his rescue, leave alone issuing a statement supporting the good cause being done by him for the freedom of the motherland. He loathed the subservient attitude of leaders of the Congress party and condemned conciliatory resolutions passed by them thanking the monarch for protecting, preserving and defending India against the onslaught of enemies of the Empire. It is amazing that the Indian National Congress today too displays a weak image while dealing with aggressive neighbours like Pakistan and China. The Congress leaders of today have not been able to live down that slavish approach of their predecessors.

“ Loyalty to Great Britain is Treachery to India” so said Henry Hyndman, a Socialist thinker of England who supported the nationalist movement of Shyamji Krishna Varma. Thus encouraged the great Revolutionary of ours preferred to leave the shores of England rather than bend to the diktats of the British rulers. So, the couple, Shyamji and Bhanumati Ji landed in France where they were well received. The Press was also supportive. Proverbially the French and the British remain at daggers drawn. The British have not been able to forget that once upon a time France ruled Europe. The French have not been able to forget that their popular Emperor, Napoleon Bonaparte was imprisoned by the British Imperialista twice and eventually he breathed his last on a deserted island. Thus the French were not against the freedom movement in India.

However, an Entente between France and England changed the international situation completely. The stay of Shyamji Krishna Varma on the soil of France became untenable. The couple made a well considered decision to move to a neutral country, Switzerland and lived in Geneva from 1914 when the First Great War commenced. Although he was not permitted to indulge in political activities but he managed to remain in touch with the Indian Freedom Fighters and helped them whenever possible.

Both he and his spouse, Bhanumati Ji were dogged with poor health and hospitalization. In 1930 our great revolutionary Shyamji Krishna Varma expired in a hospital. After a few years, Bhanumati ji too followed suit.

The Great Revolutioanry had deposited enough money eith the crematorium to preserve the ashes of both husband and wife for one hundred years or until a patriot from India comes to receive the Urn to take to a free India.

India became independent but no one thought of bringing the ashes of a great revolutionary home to find a permanent resting place. This national duty was done by Narendra Bhai Modi in 2003 when he brought the Urn containing ashes of the Revolutioary Shyamji Krishna Varma and his devoted wife, Bhanumati Ji.

The Government of Gujarat under guidance of Chief Minister, Narendra Damodardas Modi built a Kranti Teerth near the birth place of the great Indian Revolutionary and the Urn containing ashes have been placed with honour  that the Indian Nation owed to the illustrious couple.

A new township has come up in Kuchch and it stands named after Shyamji Krishna Varma.  The University of Kuchch too carries the illustrious name as its prefix. The youth of India is encouraged to go to the Kranti Teerth and draw inspiration from the deeds of patriotism of Shyamji Krishna Varma. 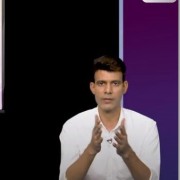